Unknown October 28, 2015 Bollywood Entertaintment Featured SRK
Sharukh Khan's new movie FAN's poster is out which is intriguing and interesting a bit. A room, where is nothing except the photos of SRK on everything, from walls to furniture, Sharukh Khan is seen with a trophy in his hands. 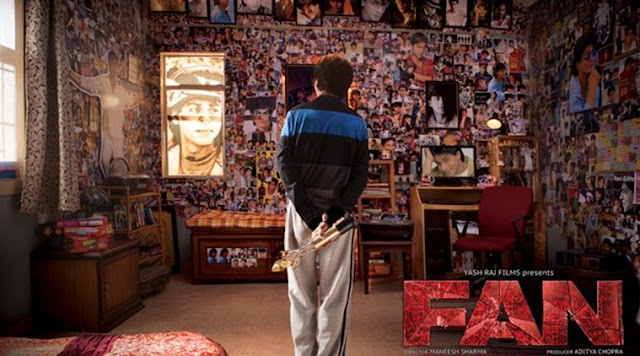 Sharukh Khan is rumoured to have played a diehard fan of himself in the Manesh Sharma film which is set to hit theaters next years, on 15 April. The film also stars Waluscha De Souza, Ilieana D'Cruz, Shriya Pilgaonkar and Ali Fazal. While the poster of FAN is simply amazing.