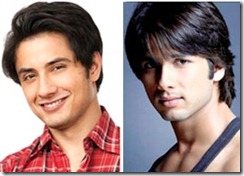 Ali Zafar will now play the role of Bade bhai of Shahid Kapoor in the new Tamil remake called Vettai. The actual role was held by Madhuan, but due to some conditions, he was not able to play this role.

When director N. Linguswamy was asked about this, he quipped “Madhavan is out of the country for three months (getting his knees treated). We can’t wait. Shahid has been finalized to play the younger brother. We are going ahead with Ali Zafar for the other hero’s role.”